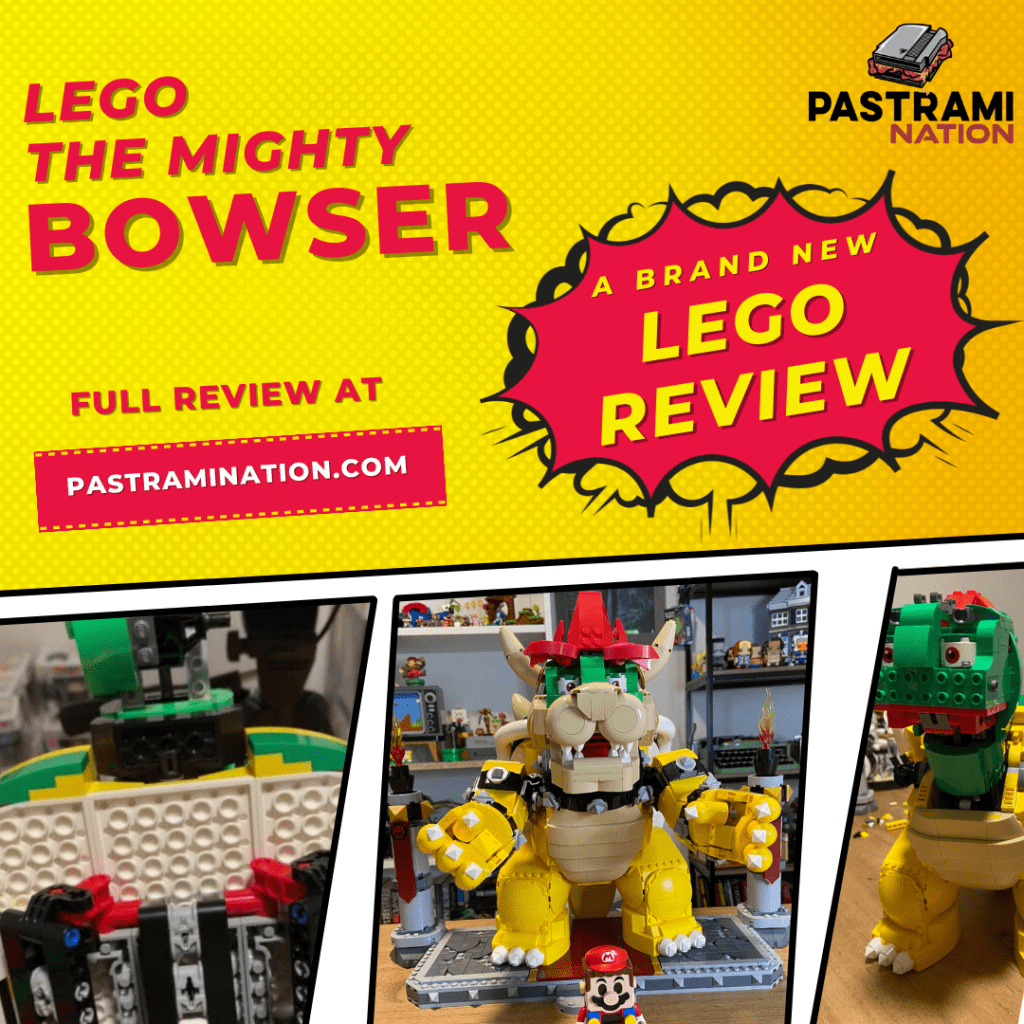 Everyone’s favorite Koopa has arrived in LEGO form in an impressive 2,807-piece set. In a change of pace for the company, The Mighty Bowser is a posable model that stands on its own and is almost puppet-like in functionality. You can even add to the fun if you own or purchase the Mario starter course, which has a digital figure that interacts with its surroundings. Bowser is also one of the most creative and interesting builds I’ve gotten my hands on in a long time.

The box comes with 22 bags of pieces and an instruction booklet. You start out by building the display stand. This emulates the castle levels we are all familiar with in the Super Mario game series. It is a sturdy build that is bookended with two pillars garnishing the Bowser symbol. The nostalgia instantly kicks in, and you are making your childhood come to life. Within this portion of the build are the hidden secrets that allow Mario to interact with the set.

After this, you start building Mario’s greatest foe himself. At first, it’s unclear exactly what part of him you are doing, but then you see his torso and shell coming into shape. In the first few bags, you quickly discover that this model has many moving pieces. There are a lot of Technic techniques at play in the beginning, and you build around that. Slowly he starts to come into focus, and you move on to the legs, face, and then finally the arms.

There are a lot of interesting building pieces in this set that I had never seen before. The outline of the shell has thick white pieces that emphasize the shape. It is built with various twists and turns that are important to get right for it to work properly. The spikes that adorn his back are also new, bringing a specific feeling and color texture to the build. His arms, hands, legs, and feet are thick, so each part requires its own bag. His face is slowly put together, requiring more than one step to complete.

When all is said and done, this is one of the most amazing builds I have ever done. One specific piece at the top of his head allows you to open and close his mouth as well as turn his head left and right. He also comes with a fireball that he can shoot out of his mouth. It’s pretty cool to bring Bowser to life in this way. His arms are possible in almost any position you wish. His fingers don’t move much, but it’s a minor complaint. When you pick him up, his legs come together in a jumping motion, and his tail comes down. When you put him back on the stand, his legs spread apart, and his tail goes back into position. It’s all very fluid and fun to play with.

Measuring 11.5 inches tall (12.5 on the stand) and the same wide, this is a terrific addition to the LEGO Super Mario family. It is filled with details that will make fans happy and is a beautiful display piece. If you love exciting builds and are a fan of Bowser, this is an easy recommendation.