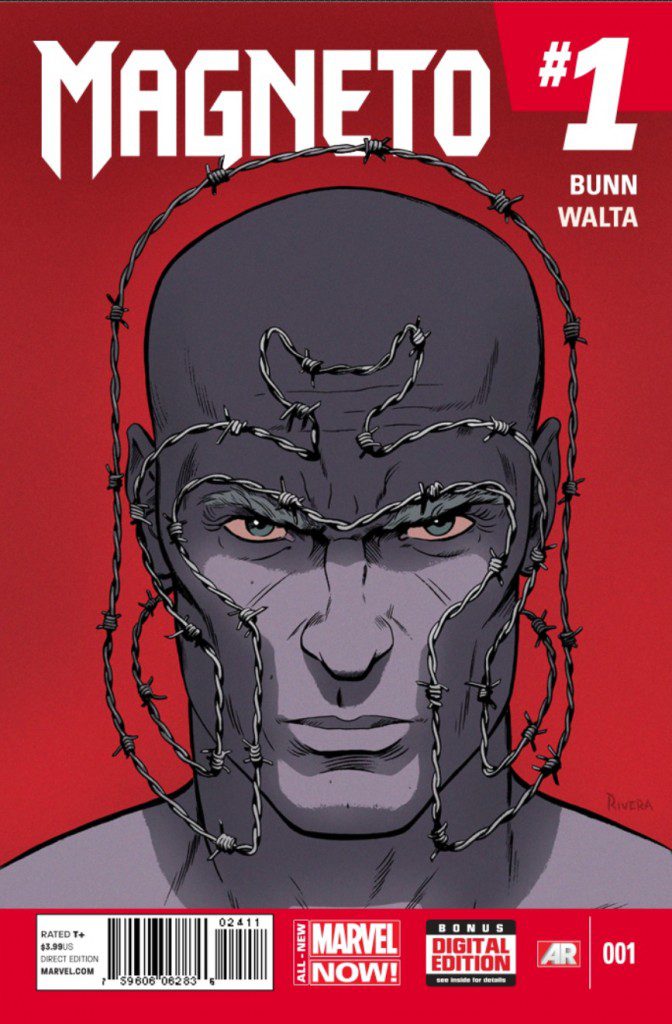 He’s been called many things – hero, villain, teacher, revolutionary, redeemer, destroyer. Now he walks a different path. One of the hunter – seeking out and eliminating threats to the Mutant race with extreme prejudice. And the Master of Magnetism is more than ready to get his hands dirty in the service of his people.

“He’s not above breaking the law, stretching the limits of what is moral and putting evil to work for good,” says Bunn in an interview with Marvel.com “How readers interpret his actions, whether they see him as a hero, anti-hero, or villain, is one of the things I’m really excited about with this book.”

Witness the beginning of a new Master of Magnetism as he begins his one man mission for all-mutantkind when MAGNETO #1 hit this March!