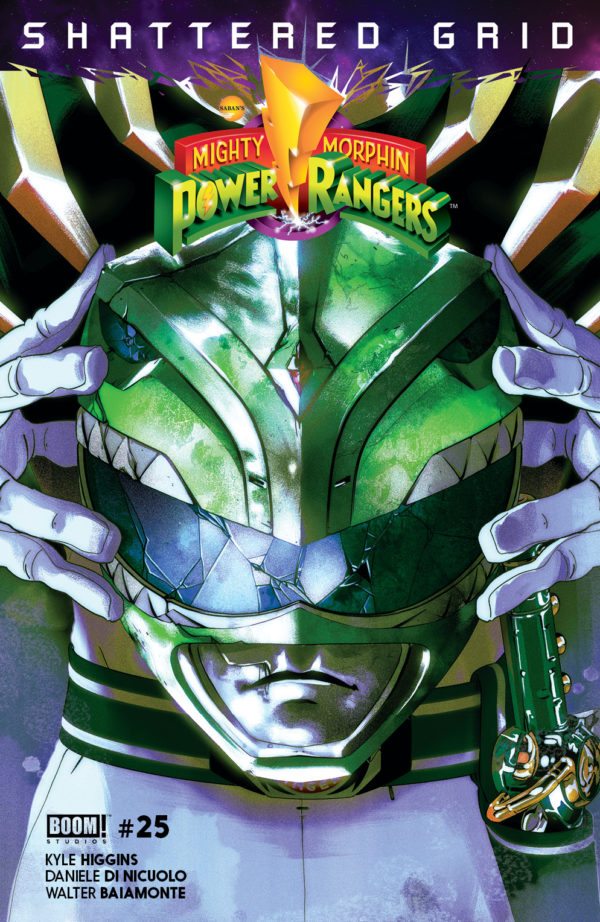 Shattered Grid is an event like no other. A comic event so big, it has its own video trailer starring the Green/White/Red (I think there are some more) Ranger himself, Tommy Oliver as Lord Drakkon.

Lord Drakkon is coming! Tommy’s interdimensional doppelgänger from the Power Rangers version of the Arrowverse’s Earth-X wants to take over the world. With a newly repaired Power Coin (damn you Ninjor!), the evil Tommy makes his way to Angel Grove. His presence summons an unlikely ally for the Rangers as Drakkon strikes first at the heart of the team and fans are left stunned with a chilling cliffhanger.

I found myself reading through this issue really quickly. The story draws you in and there is an impending sense of danger with the villainous Lord Drakkon looming over the issue.

This issue can also serve as a great starting point for new readers of the series. There is some past history with Drakkon, but new fans can still easily follow the action and do some back-reading to get the full backstory.

I enjoyed that this storyline focuses on the original Ranger team from the first 2 seasons of the series. With several variations of the team taking place over the last couple of decades, the first team definitely has the most fan recognition.

Overall, this issue was a great start to an epic event. It has a story that draws you in and artwork that makes you feel like you are watching the show.

How will the Rangers stop a homicidal Green/White Ranger hybrid with plans to conquer the world? Stay tuned to find out!