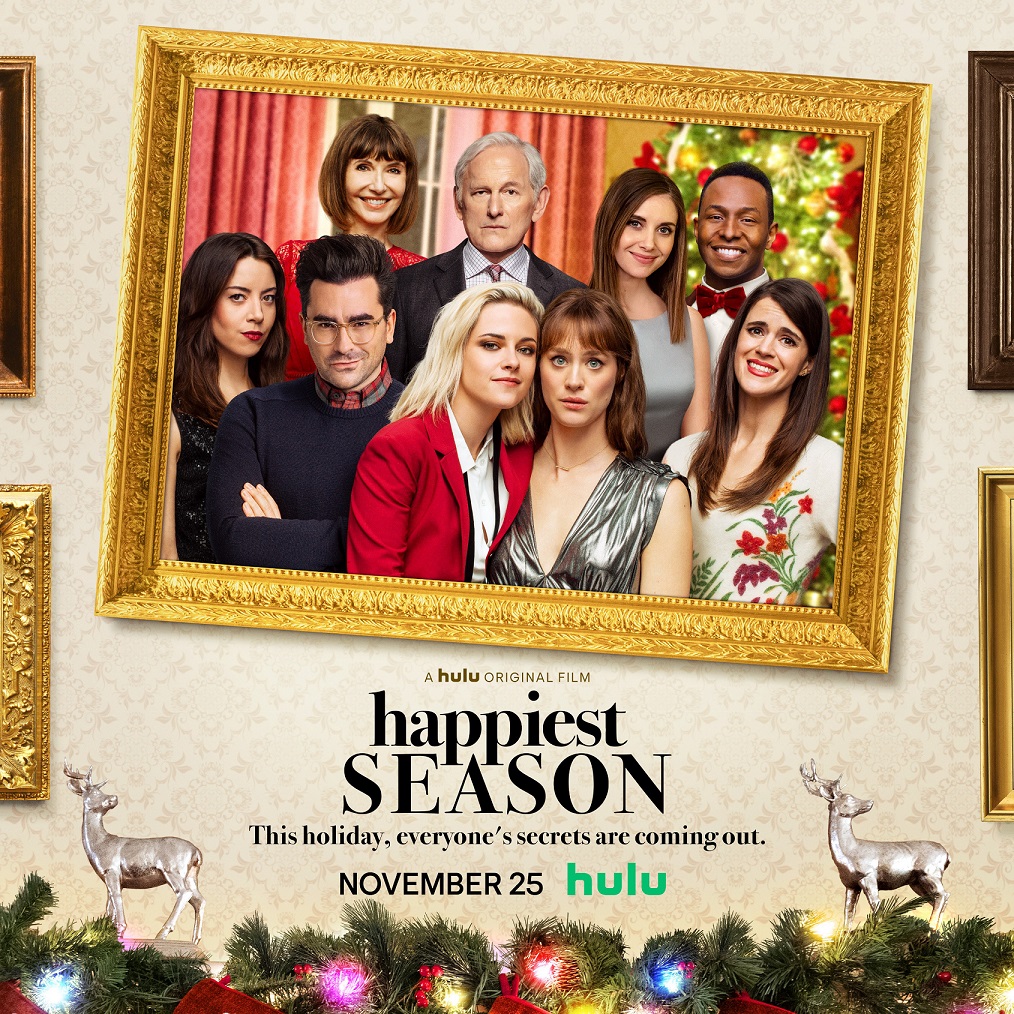 In the new Hulu romantic comedy Happiest Season, Kristen Stewart and Mackenzie Davis play Abbey and Harper, a young lesbian couple living in Pittsburg. Abbey hasn’t been a fan of Christmas since her parents died, so on a whim, Harper invites her to spend Christmas with her family. The catch: Harper explains to Abbey that her family has no idea she is gay, and the two have to pretend to be just friends to make it through the trip.

Like most families, Harper’s family isn’t as perfect as they want people to believe. They have an outwardly perfect but deeply flawed dynamic, one that Abbey starts to see right through. Things start to get even worse when Harper starts to play into their perfect familial idea and a wedge starts to form between the couple. It’s a recipe for disaster, and their vacation spirals out of control.

On its surface, Happiest Season feels like typical Christmas fluff. And while a lot of it is, deep down it’s so much more than that. It’s a comedic character study dealing with very real issues. It offers a unique perspective on identity and how people allow others to shape and mold them into what they want them to be. It’s also a super charming movie that boasts a wonderful cast and a funny script.

The cast is one of my favorite things about the movie. Stewart is easily a standout as she is the emotional crutch of the movie. Everything bad that happens falls on her and she plays it so well. In one scene she is full of life and exuberant, the next she is emotionally torn apart. It’s an emotional roller-coaster role for her, and I can’t think of anyone better to do it. Dan Levy plays her best friend John and he plays the part perfectly. He’s just being Dan Levy, but in the most amazing way possible. Mary Holland as Harper’s sister Jane and Aubrey Plaza as Riley, Harper’s ex, are great characters. The rest of the cast is great too, and it includes Allison Brie, Victor Garber, Mary Steenburgen, and many more.

And then there is Mackenzie Davis. Nothing against her as an actress, but her character got under my skin in this. I don’t think it would be a spoiler to say that things turn out ok in the end but it’s a particular character choice that poses the biggest problem for me. Mostly everyone in this movie is fun to be around, except for Harper herself. At times it feels like she doesn’t even want to be in a relationship with Abbey. It’s really hard to place the blame squarely on her though because some of it is manipulation and societal norms that transform her into someone she is not. But she has a fundamental character flaw, one that allows her to change so quickly and act so differently around different groups of people. I understand the concept and idea behind that, it’s pretty common, but it never made sense personally. It turns ugly and it’s never pretty being on the receiving end of it as Abbey quickly discovers.

Directed by Clea DuVall, Happiest Season is an incredible addition to your holiday watchlist. It has a great message about being who you are and how important it is to accept others for their differences. If you want something new and fun to watch this season, I highly recommend it.