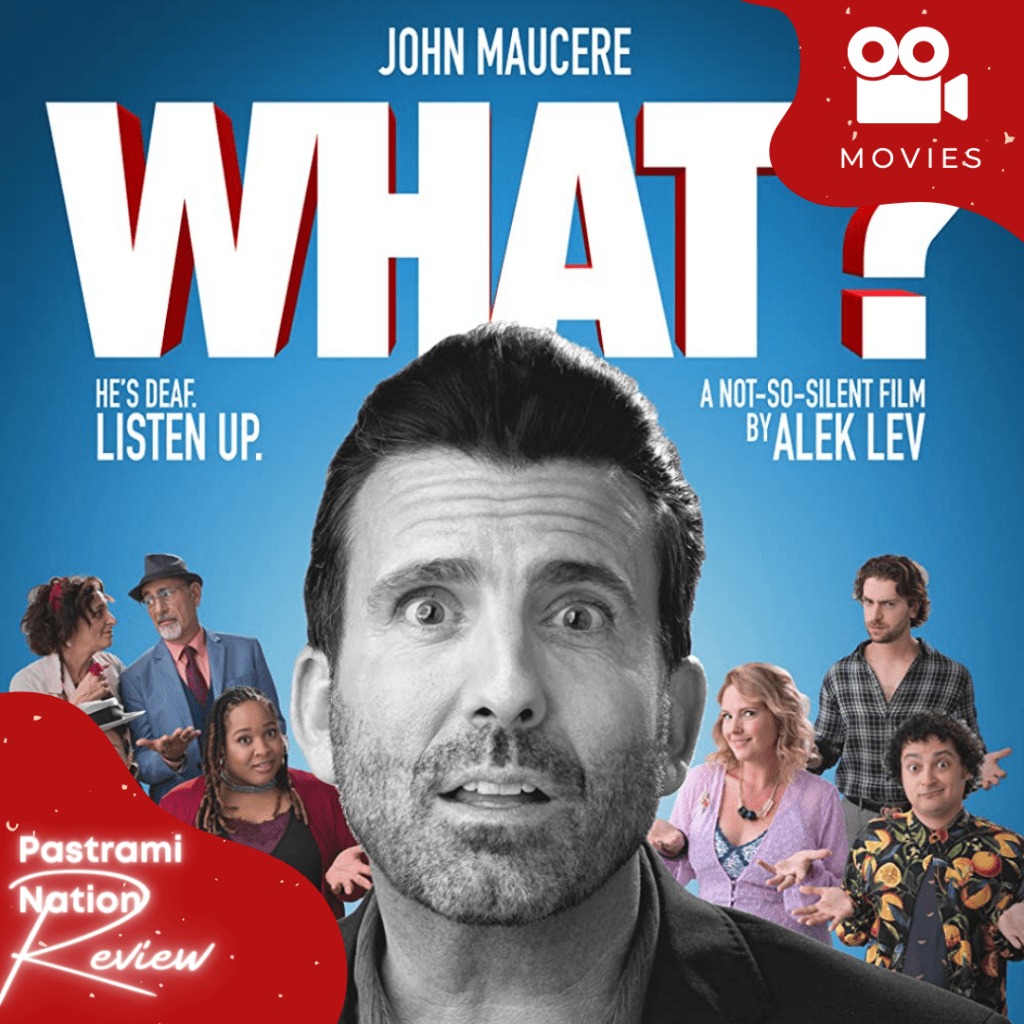 The question, “What?” is asked by almost everyone. “What am I? What I am supposed to be doing? What is my role in this world?” In his film, Alec Lev calls on John Maucere to reignite the vaudeville type of black-and-white silent movies. Spoilers will be discussed, so tread carefully!

Maucere’s character, Don, is an aspiring actor who has a love of silent films, mostly those of Charlie Chaplin. Don finds himself at a loss when he encounters trouble when ordering his coffee. Don is Deaf and the Starbucks barista is not. This is a fantastic scene as we watch Don using classifiers to act out the process of making a cappuccino. Don performs nightly in front of his Deaf audience at the local comedy club–always a hit. Except for one night, when there are a few hearing patrons. Despite the adoration, Don feels empty, like there is much more to his career.  At a party, Don encounters artist Maddie. Maddie encourages Don to continue doing what he loves and perhaps have a slightly different perspective. The absence of piano drives the seriousness of the scene, as Don ponders his future. That is the pivot point. Don pursues his acting career but is still unsuccessful. To make matters worse, Don is expected to teach a hearing actor sign language–in the movie he sought after. Through a turn of events, the hearing director of the film, Jamie, finds himself in a Deaf world. And that is what it took for mutual understanding to occur.

The entire feel of the film harkens back to those aforementioned black and white films. It is black and white itself, even utilizing a minimalist soundtrack; Featuring an acoustic piano and basic percussion. A modern update is the use of inventive and integrated captions. Arrows pointed offscreen draw attention to the actors we can’t see. Captions appear next to the actor and scroll in real-time. But, the olden theater day feelings are not lost. Action scenes cut to the darkened dialogue screen and back again. The piano crescendos and trills, indicating would-be sound effects.

Maucere’s strengths are extraordinarily showcased in this film. I have had the honor of seeing Maucere’s comedy show and meeting him afterward. His ability to mime and effectively use classifiers is mind-blowing. It definitely helps offset some of the more serious scenes. And let’s not forget about the actors, who are Deaf themselves! Viewers are exposed to various world signed languages, such as German and Catalan Sign Languages! That was an unexpected, but welcomed surprise!

You can watch it for yourself as it is available on VOD (Video on Demand)!

Rebecca Smith currently resides in the High Desert. Happily married to Pastrami Nation’s Editor and Co-Founder Nolan Smith, and mother of one, she has a love for pop culture, with a knack for Disney, and is currently an ASL (American Sign Language) teacher. An avid reader, she jumped deeper into the world of comic books in 2020, with her interest piqued in the independent scene.