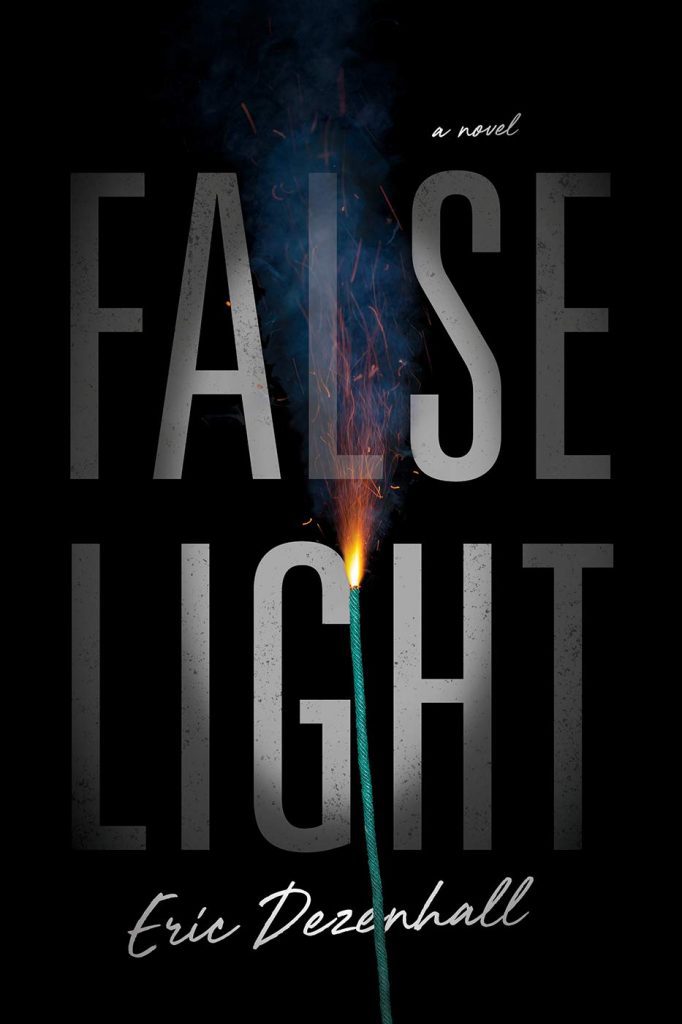 “False Light,” written by Eric Dezenhall, follows Sandy “Fuse” Petty on a nerve-wracking quest. A pursuit of revenge that is. With a friend of the family being wronged, Fuse believes it to be his only objective to right this wrong. However, Fuse’s scheme comes at a tumultuous time in his life. Sandy is in the midst of an investigation of his own within his job as an investigative reporter. He finds he must call upon professional contacts to set up his mastermind plan. Sandy must juggle everyone and everything to keep those plates spinning; without losing his job, friends, family, and his reputation along the way.

“False Light” is captivating within the first chapter. The characters are incredibly likable; Sandy, exceptionally. Sandy is a mature character, with a college-bound youth still living at home. I found myself chuckling during certain interactions between himself and his daughter. Sandy is extremely sarcastic and technology disadvantaged. It was a wonder to read: how one so inept in technology pulls off a stunt in an automated world! Dezenhall did a terrific job in weaving current events and politics into this novel! As I said earlier, it held my attention! The antagonist is one we’ve all seen before. But Sandy is the perfect antithesis and the guy for the avenging. And because of the familiar political and social climates and movements portrayed, the story was believable.

Additionally, I always appreciate it when authors show their knowledge when doing their research. Utilizing quotes, crime methods, social reforms, etc., it is evident that Dezenhall has done his homework! It adds depth to his storytelling.

This stellar book comes out at the end of this month! So be sure to keep checking your digital reading app for its release!