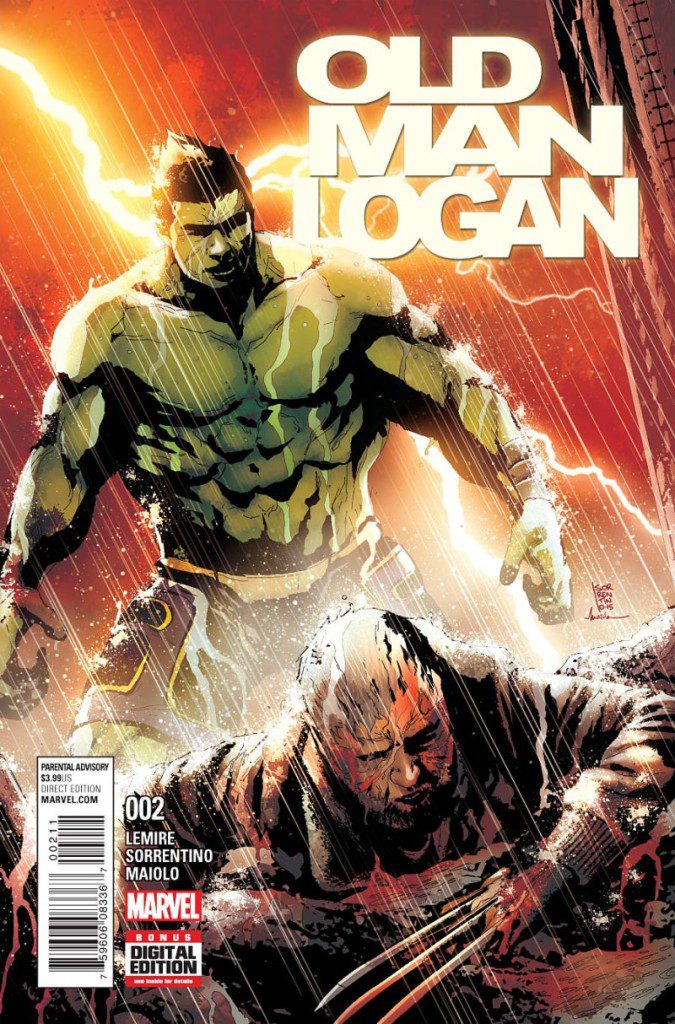 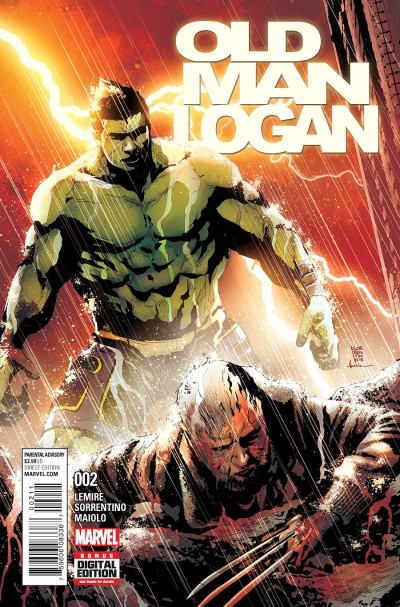 (Victor Valley)—The first issue for the new Old Man Logan series was spectacular, as it brought the time displaced Logan into the Marvel Universe we all know and love. We saw Logan’s agenda in the first issue- after taking out the D-list villain Butcher for crimes he committed in Logan’s era, the old Wolverine turns to his next opponent: the Hulk.

From writer Jeff Lemire and Andrea Sorrentino, we get to see one heck of a battle between Logan and old green genes himself, but this is not the Hulk many know from the films. Currently, the mantle of the Hulk has been taken up by longtime Hulk friend and genius, Amadeus Cho- he has his own book now and everything (The Totally Awesome Hulk, which, by the way, is actually totally awesome). But Logan just sees green and immediately sees red after what the Hulk family did to him and his family in his twisted future.

Lemire continues to wow with a great follow-up to the last issue- the meeting between these heroes for the first time works so well, and is in such a dramatic fashion. When dealing with a character like Cho’s Hulk, who is far more humorous than anything else, it was great to see this Hulk grounded in a serious, life or death situation against one of the best at hurting people. We also see more of the trashy Hulk’s from Logan’s time, and see just how horrible of beings they really are: all which reinforces the fact of why Logan hates the Hulk so much.

Sorrentino’s artwork continues to blow me away. The stark imagery, the creative use of panels, it all fits like a glove in the world of Old Man Logan. The mood of his book is dark, gritty and depressing, and fits the overall “man with a death wish” story we see, and will continue to see as Logan continues to make his way down the list.

The book continues to build steam as we know Logan will end up clashing with the Banner, Red Skull, and Mysterio as the series progresses. I almost feel bad for Mysterio. For the cliffhanger, we see Logan turn to one of his most trusted heroic pals, but is met with a surprise that current Marvel U fans have to love. Old Man Logan is one of the best Marvel series going right now, in my opinion.