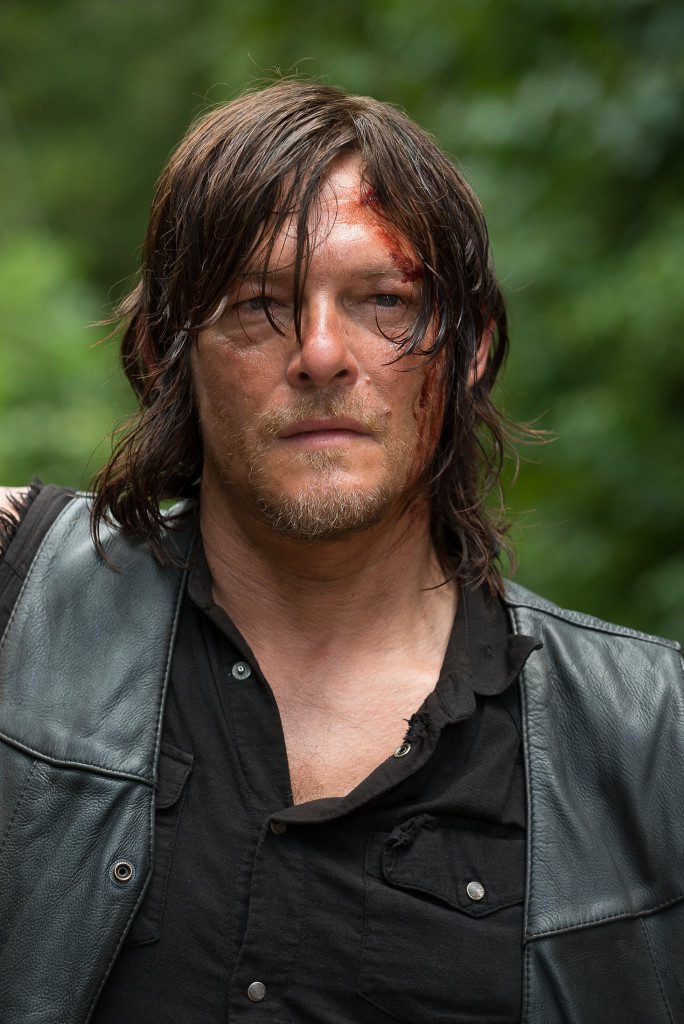 The Walking Dead Review: No Way Out

(Victor Valley)—With the return for the second half of season 6, The Walking Dead packed plenty of punches, gore and surprises. More importantly, it was a highly enjoyable return for the show that shakes up the status quo.

Spoilers below, you are warned.

When we last left Daryl, Abraham and Sasha, they were surrounded by heavily armed bikers claiming everything the trio has in the name of Negan ( a forthcoming major villain guaranteed to be a “hit” with fans”. This opening scene proved one major fact: Daryl is, and always will be, a bad ass. A tense opening scene with a satisfying result, it was a great way to start this action riddled episode.

In Alexandria, Rick, along with Carl, Michonne, Ron, Sam, and Jessie pull a “Carol” and disguise themselves with zombie entrails to try to get to safety through a swarm of zombies. This doesn’t end well for Jessie and her kids, as the youngest, Sam, becomes a late night snack for the zombies first, followed by his mother Jessie, who was froze in shock from her son being eaten alive before her eyes. This prompts constant troublemaker Ron to try and shoot Rick, which leads to the angst-ridden teen becoming a kabob, courtesy of Michonne’s blade, but not before shooting out Carl’s eye-changing the young Grimes forever.

We also see how Carol and her group are doing after the showdown between Carol and Morgan, where Denise was taken by the lone wolf, Glenn comes to the rescue of his loving wife, and Father Gabriel showing that he knows how to step up. This was a spectacular episode, filled with the tension and gore we all love about The Walking Dead. This was the best episode we have had in some time, and shakes the playing field drastically as Alexandria lays in ruin, the group is decimated, and yet, stronger and more focused than ever. Bringing on the rest of the season, The Walking Dead is back and better than ever.