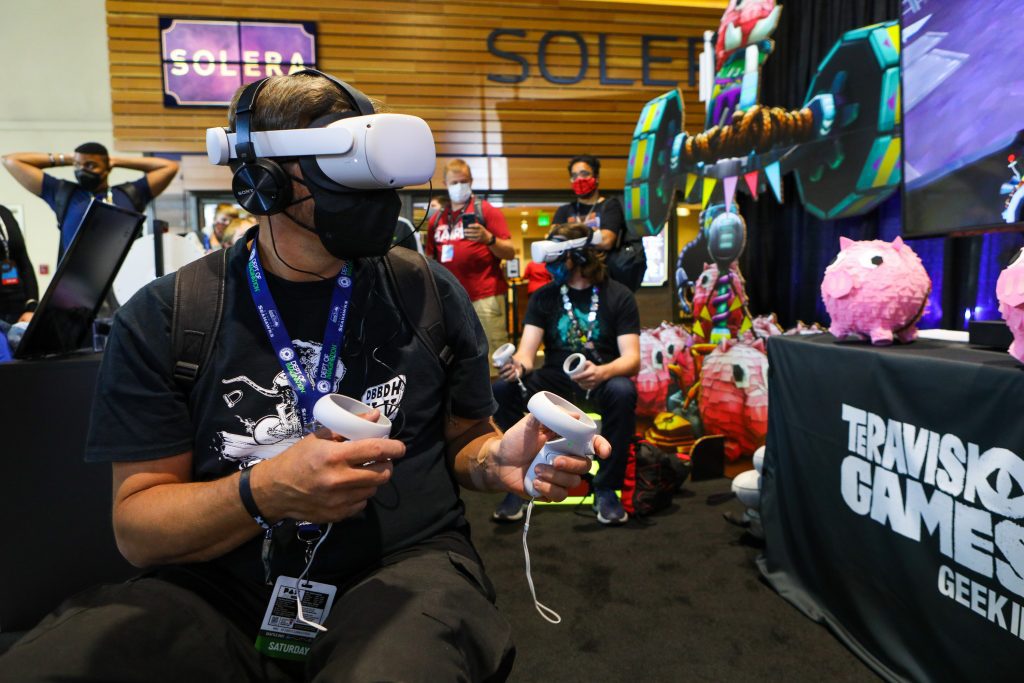 PAX West 2022, the most attended gaming convention on the West Coast, reunites the gaming industry in Seattle after a successful and safe 2021 in-person return. The Seattle Convention Center will host PAX West from Friday, September 2, through Monday, September 5, 2022. Badges go on-sale to the public starting Thursday, June 16 at 3:00 PM ET.

As in the past, PAX West will feature a bustling show floor with hands-on opportunities with some of the most anticipated upcoming games, panels starring industry personalities and renowned developers, a multitude of gameplay areas dedicated to casual and competitive play, exciting vendors with merchandise and accessories for interactive as well as tabletop gaming, thrilling esports competitions, and much more.

Four-day and single-day badges for PAX West will be available to the general public starting Thursday, June 16 at 3:00 PM ET via the official PAX West website. Four-day badges will sell for $235, while individual Friday, Saturday, Sunday, and Monday badges will go for $62 each.

After the reunion in Seattle, PAX Unplugged 2022 will welcome tabletop-loving legions to Philadelphia’s Pennsylvania Convention Center from Friday, December 2, through Sunday, December 4, 2022. Weekend and single-day PAX Unplugged badges will go on sale this summer.

PAX West 2022’s health and safety requirements will continue to meet or exceed CDC, local and state recommendations. All attendees, exhibitors, ReedPop staff, Penny Arcade staff, and PAX enforcers must show proof of a completed COVID-19 vaccination series for entry to PAX West 2022 and approved face coverings are required to be worn at all times. The official health and safety requirements provide more details about the entry requirements and the protocols in place throughout the event to prioritize the health and well-being of our gaming community.

“We implore all attendees of PAX West and PAX Unplugged to follow all health and safety requirements at the shows,” said Jerry Holkins, Penny Arcade co-founder. “We’d also ask everyone to take all necessary precautions when outside the event–mask up in indoor settings, get tested alongside any travel or lodging partners, greet friends with elbow bumps or a wave, and please consult your doctor if you are at increased risk for illness or experience any symptoms.”

About PAX PAX, or Penny Arcade Expo, is a festival for gamers to celebrate gaming culture. First held in Seattle in 2004, PAX has nearly doubled in size each successive year, with PAX Prime 2014 selling out of tickets in a matter of minutes. Connecting the world’s leading game publishers with their most avid and influential fans, PAX expanded with a second show in Boston in 2010, and a third in San Antonio in 2015, making it the three largest gaming shows in North America. The first international PAX was held in Melbourne, Australia in 2013. In 2017, Penny Arcade established PAX Unplugged, its first tabletop focused show, held in Philadelphia.

About ReedPop
ReedPop is a boutique group within RX – one of the world’s leading events organizers. Launched in 2006, the group has become the number one producer of pop culture events across the globe as well as a full service digital content provider and media company. Delivering once-in-a-lifetime fan experiences curated specifically for localized audiences, ReedPop currently features events in North America and Europe, including: New York Comic Con (NYCC), Chicago Comic & Entertainment Expo (C2E2), PAX West, East, and Unplugged, Emerald City Comic Con (ECCC), Star Wars Celebration, MCM Comic Con, Eurogamer Expo (EGX), Star Trek Missions and more. In addition to organizing and managing events, ReedPop also runs and operates the Gamer Network and its portfolio of leading gaming websites including Eurogamer, Rock Paper Shotgun and GamesIndustry.Biz. The staff at ReedPop are a fan-based, globally focused group of professionals that are uniquely qualified to build and serve the communities with whom they share a common passion. (www.reedpop.com)

Penny Arcade has been the world’s most popular webcomic for over 20 years, with over 3.5 million readers. Started in 1998 in the living room of Mike Krahulik & Jerry Holkins, it has grown into a media empire encompassing multiple beloved properties such as Lookouts, Automata, and beloved D&D live-play series Acquisitions Incorporated. Penny Arcade was responsible for the creation of Child’s Play, a gaming charity that has raised over $45 million dollars for children across the world. They are also the founders of PAX, the number one consumer gaming festival in North America, with hundreds of thousands of loyal visitors every year.