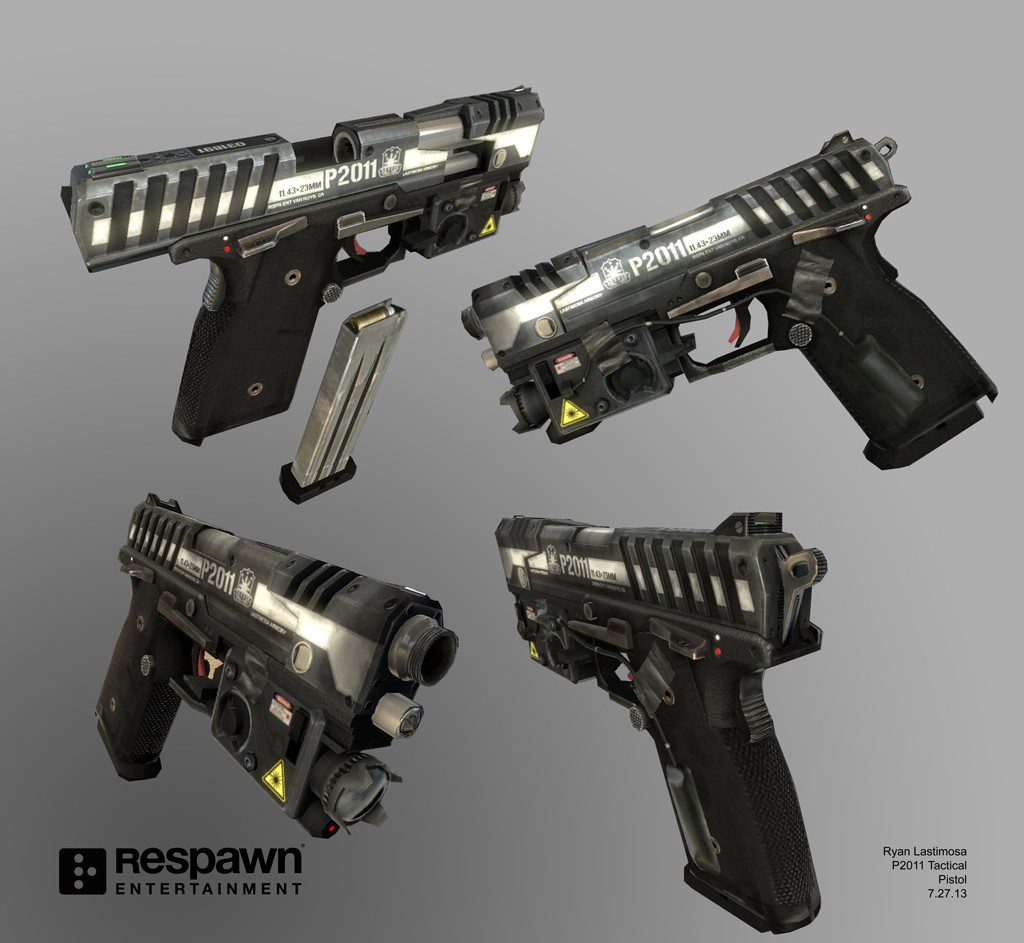 Respawn Entertainment took the world of video games by storm when their debut title, Titanfall hit 2014 with an impact. The online multiplayer shooter let players not only fight as armed pilots, but as massive, weaponized mechs called Titans. When it was released, Titanfall took the X-Box One platform by storm, being THE game to play if you have Microsoft’s next gen console.

Ryan Lastimosa is a Digital Armorer for Respawn, bringing to life the weapons used by both pilots and Titans. That name might sound familiar as well, because if you own the limited edition Titanfall controller, his name is right there on it. No stranger to video games, Lastimosa worked for Infinity Ward on the Call of Duty series before being part of the group of individuals that came together to form Respawn.

Pastrami Nation was granted an interview with Lastimosa, where we talked about Respawn, the success of Titanfall, and what the future holds. First off, we asked about how Respawn Entertainment was formed.

“Respawn Entertainment was founded by Vince Zampella and Jason West after they were fired from Activision,” said Lastimosa. “After we finished Modern Warfare 2, they left and started Respawn Entertainment. 40 of us at Infinity Ward individually decided to quit and work for Vince and Jason. When we heard that they were starting a company named Respawn it was funny, but the name eventually stuck and made perfect sense.”

The name became more than that; it became a way of life, of rebirth in the video game industry for those involved, as the future. “The name of the company transferred over to all of our personal lives. We had a past life working at Infinity Ward, working on the Call of Duty games. Coming to Respawn, we decided we need to shed the old life we had and kind of Respawn like mentally, spiritually, artistically, creatively- it shows in the title that we shipped, Titanfall.”

Lastimosa is a digital armorer with Respawn, but as many might be asking, what all in encompassed with the title of a digital armorer? Lastimosa helped break it down for us. “I handle the weapons in Titanfall” said Lastimosa. “What I do is I work closely with design and animation. I concept different weapons the pilots and titans use. So I develop the concepts and how they operate.”

Being able to create the scope of weapons needed for Titanfall takes a certain degree of understanding of how true to life weapons work and operate. Lastimosa tells us about his real life experience with weaponry and how its helped in creating digital weapons. “Yes, I’m a shooter so I try to get to the range when I can. It hasn’t been as often, but I still try to get to the range and shoot so I can maintain an understanding of how weapons and ballistics work.  Internal mechanics in moving parts is key to designing the weapons in Titanfall. We have a saying here- if any of these weapons can’t be shown in a DARPA (Defense Advanced Research Projects Agency) video, we have to take it back and rethink our concept or design. If it looks legit then we’ve succeeded.”

Titanfall was a huge hit when it first hit, and it has left fans waiting on the recently announced sequel. But we wanted to know how was the experience of a hit game from Respawn with their first outing being such a commercial success. ”It was cool! We wanted to make a badass game that we wanted to play. Alongside that came different accolades from our peers,” said Lastimosa. “Along with making a game we really want to sink our teeth into and play online, a lot of the praise came from our peers and the critics- it was overwhelming at first. It didn’t feel real when we announced it over at E3 a couple of years back. We didn’t really get how big of a response we would actually get from the community. We’re just shocked and still are to this day. Its amazing that people are praising the game so much, it feels great. We have awesome fans, we have an amazing community, and we have an open dialogue with our fans, so when something’s an issue, we’re there to look at it.”

Another part of gaming we wanted to poise to Lastimosa is women in gaming, and what that means for the development of games in the future.

“One decision that we chose to make when developing Titanfall was having a female pilot. It wasn’t a hard decision we had to make. I don’t like to think that we accommodate specifically to women, I like to think that we empower them. In Titanfall, everybody has to get to an objective and it all depends on how we get there. All players, male or female, choose where to go. Some go right down the middle or some will choose to flank and use a ghost class. It all comes down to your play style. From what I’ve noticed from female friends that play, some of them are very aggressive and some of them are very tactical, so it really comes down to play style. Everybody’s a gamer at the end of the day.  It just comes down to the tools and how you use them.”

We wanted to know the personal side of Lastimosa as well, so of course we had to ask what type of games he is into, and what he is playing right now. It might not be a surprise, but the man likes his shooters. “I am into competitive shooters, that’s my wheel house. I like to change it up now and then. I’ve been behind on games. I’m still making my way through GTA 5. It’s such a badass game. There’s so much in it. I’ll go through the missions, get distracted, and start playing the side missions. I get sucked into a side mission and I’m like “they really put a lot of work into this game”, it’s an absolute work of art. We live in LA, so everything is familiar. I’m also playing Battlefield 4, I’ve always been a Battlefield fan, it’s been a while but I jumped in after they fixed the game and its still good old Battlefield. It’s still hardcore. I just picked up Hardline. I just finished installing it last night so I’m looking forward to getting into it over the weekend.”

When people think of video game developers, many tend to stereotype them as fat, out of shape “geeks”. Lastimosa and the team at Respawn shatter those stereotypes, as they are extremely active in life, both as individuals and as a team. “It’s funny because whenever we go to E3, vendors that hook us up with t-shirts ask us for our sizes. We mostly wear size medium and small, while most giveaways are extra large or XXL”. I believe that a healthy body is a healthy mind. I’m very active outside of work, and been a lifelong martial artist. I’ve been doing triathlons for the last five years along with ultra marathons. I’m going to do my fourth Ironman in June. A few of us here are marathoners. We have a Respawn team running the Ragnar Relay SoCal with a full team of Respawn developers. It’s a 200 mile relay race with 12 runners from Huntington Beach to San Diego, all in one day.”

The team at Respawn is far more than a band of video game developers. No, as Lastimosa puts it, they are family. “We’re a family here, that’s one thing that we look for in our hiring process. We look at if people can gel with us. We have been working together for a very long time. I’ve been working with this team for 10 years now. So I don’t look at my coworkers as coworkers, I look at them as family. We spend lots of hours with each other, it’s a great group of people.”