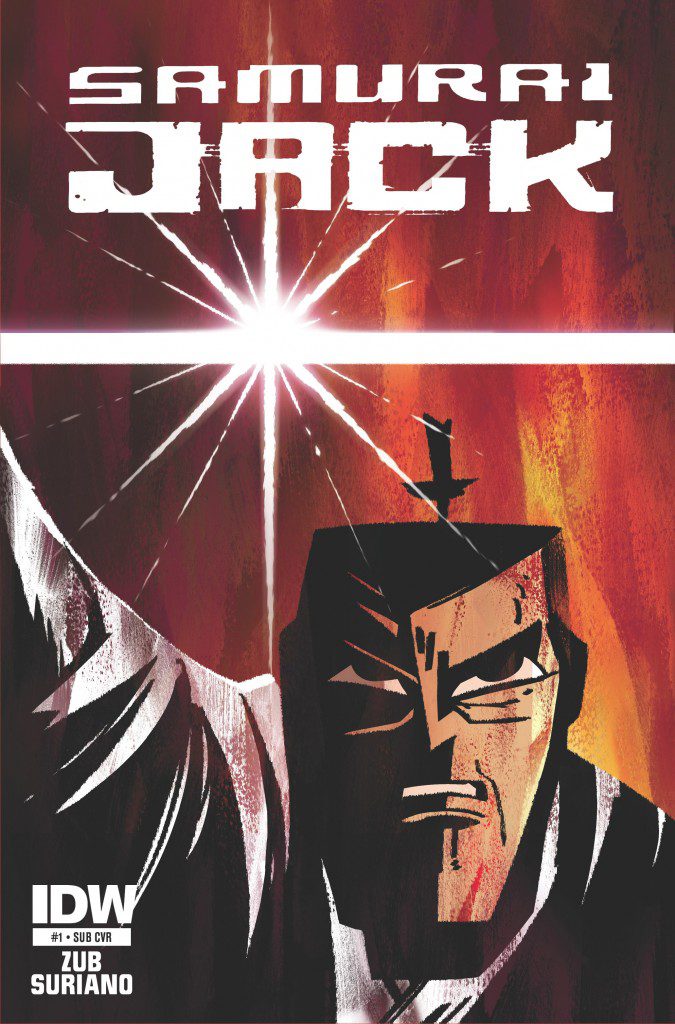 (San Diego) – Battling against the forces of evil and the oddities of the future, Samurai Jack’s stoic journey is not over yet, in fact, it’s just beginning! The long wait is almost over as the fan-favorite series is set to make its IDW debut this October! Through a partnership with Cartoon Network Enterprises, IDW will create and distribute a series of comic books being released monthly.

A cult-classic and fan-favorite of the highest order, the popular and acclaimed animated series from Cartoon Network pitted a feudal Samurai known only as Jack against the ancient demon wizard, Aku. Displaced in time, Jack was made to traverse a strange landscape of the future to find his way back to his own time.

“Samurai Jack is an irresistible mix of high adventure, comedy and mythic storytelling,” said series writer Jim Zub (Skullkickers) who will be joined by Andy Suriano (Character Designer on the original Samurai Jack television series) to lead Jack on his newest adventure!

Suriano’s affinity for Jack will help shape his continuing adventure. He added, “returning to Samurai Jack is such a personal experience and labor of love for me. It’s like stepping through a time portal back to characters I know as friends and a world that really launched my animation career.”

The first five-issue arc will explore the secrets of the “Rope of Eons,”

In addition to the great talent already working on this book, the first arc features variant covers by the show’s immensely talented creator, Genndy Tartakovsky! “As a Jack and Genndy fan I’m thrilled to be writing new stories that continue where the TV series left off. I’m channeling my inner samurai to deliver a fun action-packed ride each and every issue,” said Zub.

Along with the high quality collections of existing material that IDW will be releasing, the new publishing series promises to take Jack back to the past in new and exciting ways!

Cartoon Network Enterprises (CNE) is responsible for building consumer products and merchandising programs for a wide range of brands by securing and supporting long-term licensing partnerships across all categories. As the global branding and merchandising arm of Cartoon Network and Adult Swim, the division manages the consumer product programs for the networks’ award-winning original programming, brands and characters including Ben 10, Adventure Time, Regular Show, The Amazing World of Gumball, The Powerpuff Girls, Adult Swim and more. CNE also serves as the exclusive global licensing agent for LazyTown Entertainment and the PGA of America for the youth marketplace.

Turner Broadcasting System, Inc., a Time Warner company, creates and programs branded news, entertainment, animation and young adult media environments on television and other platforms for consumers around the world.