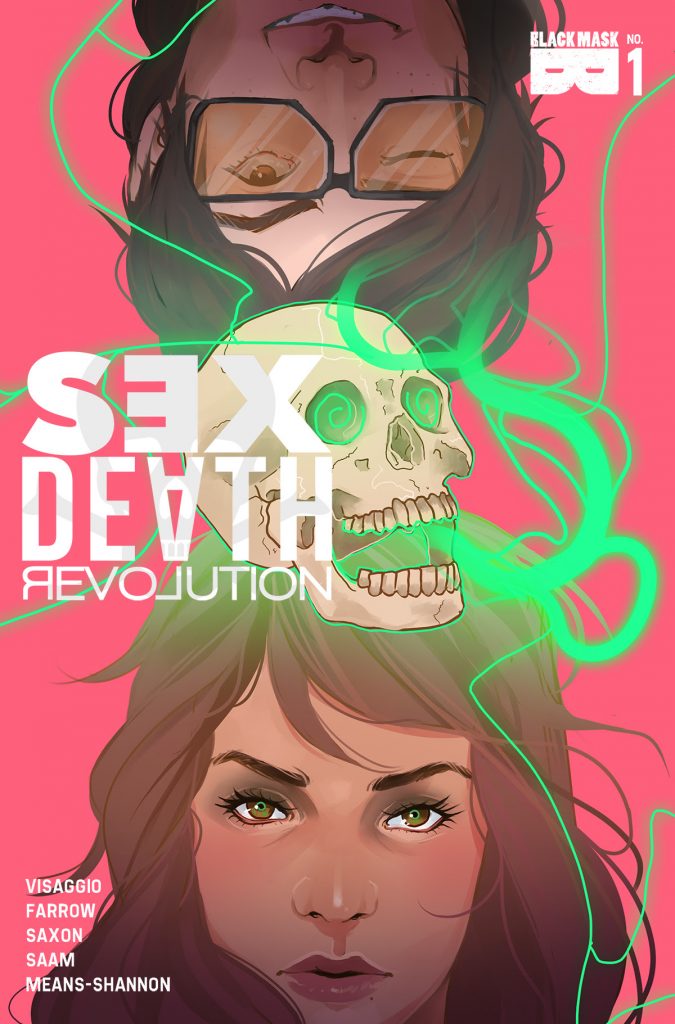 Everyone has a story. Esperanza’s is being rewritten. And she must figure out what is going on before her whole world falls apart, and she becomes someone else entirely. That’s the set up for the latest Black Mask Studios series, Sex Death Revolution.

After her coven falls apart, Esperanza is trying to get her life back together. She is a sorceress who thought she had it all while living the life. She had a wonderful girlfriend and a group of friends devoted to magic. She had always lived her life by a strict set of rules that governed black magic. In fact, she still does. She soon finds that trying to put together a new coven is harder than it seems.

And to make matters worse, she is losing who she is. Her friends claim she has done things, terrible things, that she has no recollection of. Could it be that she has a bad memory? Or, is there something more sinister at play, something that is out to change her life, and in turn, her destiny?

Written by Magdalene Vissagio, this book caught me off guard at first. I wasn’t sure what to expect going into the first issue, and I was pretty happy with what I got. The story is unique. At first, it’s easy to assume that you know where it’s headed, but then it takes you down this other path, and that’s what clicked with me. It isn’t your typical story about “witches.” It takes what you think you know, and changes things up a bit. That and the artwork by Becca Farrow is fantastic. It’s bright and colorful, but also very much based in reality, which I appreciated. It felt real, but also still very much like a comic book should.

Like any good first issue should, “Sex Death Revolution” builds the story and characters quite well. It feels very grounded in reality, but in a reality where magic exists. Before I finish, there is one last thing that I wanted to mention. I am happy to be seeing more and more books being written with a positive representation of the LGBT community. It’s not that it didn’t exist before, it’s just a great time for visibility for people in the community. I look forward to reading more books like this.

The first issue, which actually is a double sized issue with the first TWO issues, hits stores this Halloween from Black Mask. Make sure to check it out when it hits stores!