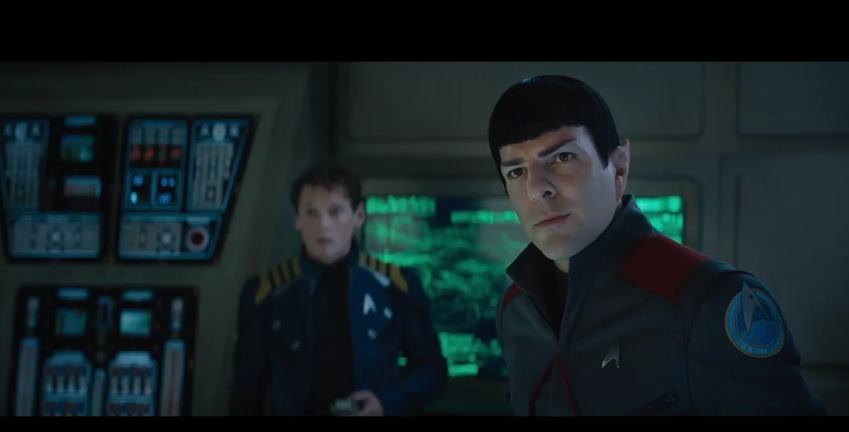 The Star Trek: Beyond Trailer is Here

(Victor Valley)– With the largest film opening this year mere days away, the other space faring epic has dropped its trailer, bringing Star Trek into the spotlight once again.

The franchise, which received a massive reboot courtesy of J.J. Abrams (the man behind Star Wars- The Force Awakens), has been on a hot streak with the last two installments. By looking at the trailer for Beyond, it looks like a different Star Trek- but that doesn’t mean its a “bad” Star Trek. Abrams serves as a Producer this time around, as Justin Lin (Fast & The Furious) takes the director’s chair for the third entry in the reboot.

Some fans have made comments of it feeling too much like Star Wars, of Guardians of the Galaxy due to the musical choices- personally, I think it looks good so far, and I remain optimistic on what Beyond holds. This, coming from a die hard Star Wars fan who only liked the reboots of Star Trek, means something.

Star Trek: Beyond is slated to open July 22nd- an excellent choice for the sci-fi adventure, as it falls right in line with the annual San Diego Comic Con.