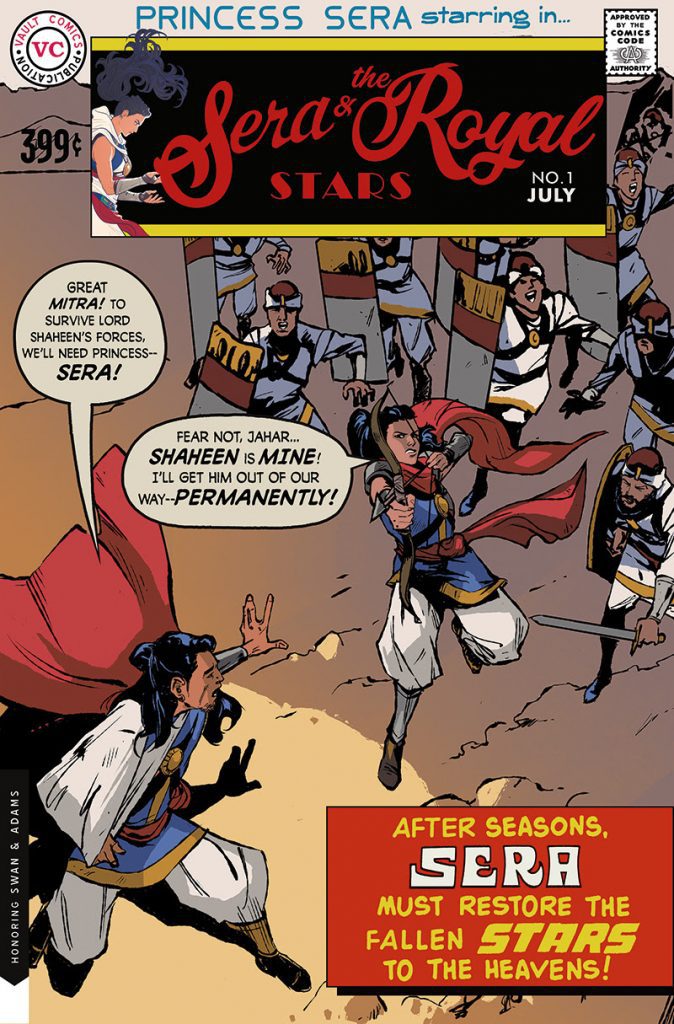 Begun in 2018, the Vault Vintage cover line celebrates the artistic achievements of both modern and legendary comics artists. The back cover of each Vault Vintage cover features a detailed history of the original cover and the creative team who produced. Vault Vintage covers are designed to celebrate the creators and covers they honor, and to ensure readers learn about some of the most important moments in comics history.

Civil war rages in the Empire of Parsa, and famine has struck. As the seasons refuse to turn, Princess Sera receives a vision from the deity Mitra telling her to find the Royal Stars and restore them to the heavens. Despite her kingdom and her troops’ need of her command, Sera embarks on a quest to find the fallen stars-now trapped on earth-and save her people from dearth and death.