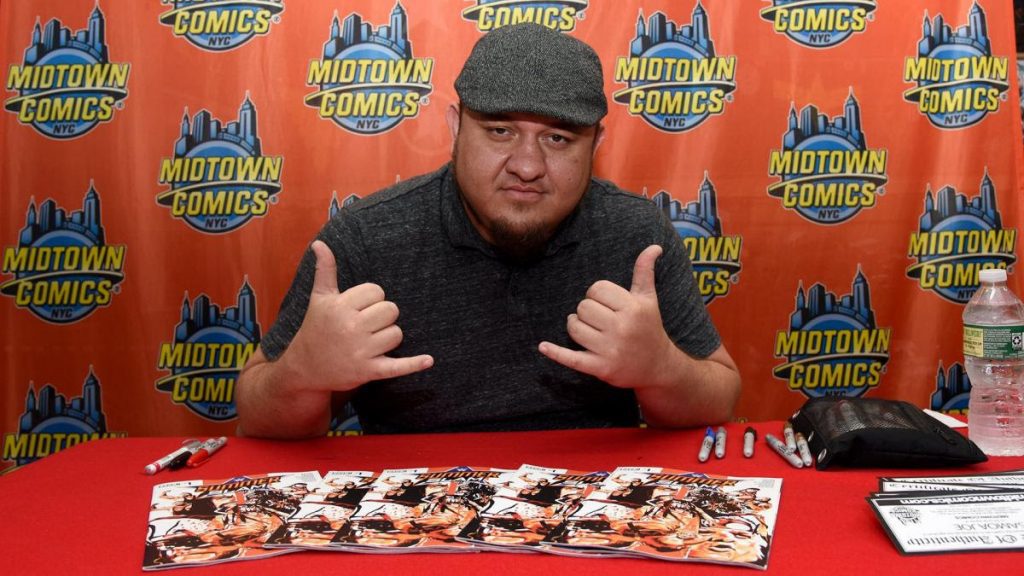 “As a lifelong comic book fan, it’s a thrill to partner with BOOM! Studios on the official WWE comic book series and tell the true story behind my journey to WWE,” says WWE Superstar Samoa Joe. “Ever wonder how Triple H really convinced me to make the jump? Now you’ll get the real story, from me and my incredible co-writer Michael Kingston.”

“Monday Night RAW has been the place where some of the most exciting, shocking, and hilarious moments in WWE history have taken place, and we’re so happy to take a ride down memory lane with this special issue,” says Chris Rosa, Associate Editor, BOOM! Studios.

Print copies of WWE #13 will be available for sale in January 2018 at local comic book shops (use comicshoplocator.com to find the nearest one) or at the BOOM! Studios webstore. Digital copies can be purchased from content providers like comiXology, iBooks, and Google Play, or on the BOOM! Studios app.

BOOM! Studios launched its WWE line of comics in November 2016, drawing acclaim from critics and fans alike, with Bleacher Report recently declaring, “BOOM! Studios has clearly figured out the winning formula to melding the worlds of WWE and comic books.” The first graphic novel collection of the series, WWE Vol. 1: Redesign. Rebuild. Reclaim., was recently released in comic shops and bookstores worldwide.

For continuing news on WWE #13 and more from BOOM! Studios, stay tuned to www.boom-studios.com and follow  @boomstudios on Twitter.